Tenor-and soprano-saxophonist Dick de Graaf debuted 1986 with his acclaimed LP Hot, Hazy and Humid (Limetree Records). Earlier he had won the Dutch Jazz Competition in 1981and he had presented himself as a striking soloist in the Amstel Octet, in John Clayton’s Tribute Big Band, Jeff Reynold’s Maiden Voyage Big Band and in the Frank Grasso Big Band.

As a bandleader, composer, arranger and self-managing artist dedicated to jazz – in his definition “acting as a guesthouse in which elements from the surrounding musical world are welcomed with curiosity”- Dick de Graaf recorded and produced more than 25 CD’s that received positive response by both public and press.

His Challenge Records awarded CD’s ‘Sailing’ and ‘New York Straight Ahead’ got enthusiast critics in the important music magazine Down Beat.

With his project ‘The Burning of the Midnight Lamp: Dick de Graaf plays Jimi Hendrix’ also appeared to be very successful, the septet that he managed to keep touring from 1987 until 2002, he has been drawing full houses in Holland, Germany, Austria, Ireland and Finland.

An example of his broad musical horizon was the project he recorded in Mali with a group of young musicians from Bamako: the CD ‘Djigui: les Sofas de Bamako featuring Dick de Graaf’. June 2000 this group made his European debut during the Festival Mundial in Tilburg. On the CD Fo4r Winds, he continued his tracking of multicultural music. On this CD a sextet with a.o. Inga Juuso (Samiland), Moussa Diallo and Mamadou Diabaté (Mali) plays a handful of Dick’s originals.

2001 Dick released his internationally acclaimed album SOUND ROOTS Dick de Graaf meets Peter Martin, Roland Guerin and Adonis Rose Trio in New Orleans. As a follow-up of this recording he initiated his EUROPEAN SOUNDROOTS QUARTET with which he toured Europe, Indonesia and Singapore.

In june 2003 the CD SCHUBERT IMPRESSIONS FOR JAZZ QUINTET was presented at the Northsea Jazz Festival, followed by an international concert tour. As a follow-up to these arrangements of Schubert’s themes, Dick presented  A TOUCH OF BELA in Hungary during the Esztergom Bela Bartok Festival in july 2005. June 2007 he was commissioned to write and play his Bach Reflections at the well-known Bach Feste in Leipzig.

December 2012 Dick performed as a guest soloist with the acclaimed Rotterdam Doelen Ensemble. He was commissioned by its artistic director Peter-Jan Wagemans to freely improvise the flute parts of J.S. Bach’s second orchestral suite on the tenor and soprano saxophones.

September 2013 he was invited by Dutch composer Jacob TV to participate in the Dutch Wind Ensemble (Nederlands Blazers Ensemble) and perform the multi-media opera THE NEWS.

From november 2014 on, De Graaf performed as a guest soloist with the Dutch Marinierskapel playing arrangements of his original tunes in arrangements by a.o. Ilja Reijngoud.

As a co-founder, artistic director and composer of the 12 piece Clazz Ensemble, De Graaf produced a variety of projects of which ADVENTURES (2009) and FEDERICO ON BROADWAY(2012) were recorded live in the Amsterdam Bimhuis, and  DELTA SUITE (2010) in Concertstudio Middelburg. The Clazz Ensemble’s final project was Monk Inside Out, performed at the main jazz stages of the Netherlands (2014-2016). The most intriguing project HIS MASTERS CHOICE (2011) with a.o. Dick’s arrangements of compositions by Louis Andriessen is still waiting to be released on CD.

November 2017 Dick obtained a PhD in the Arts at the Academy of Creative and Performing Arts (ACPA) at Leiden University, after a presentation concert and the public defense of his doctoral dissertation Beyond Borders: Broadening the Artistic Palette of (Composing) Performers in Jazz, an online exposition of his research into the employment of 20th century compositional techniques in advanced improvisational techniques. In the context of this research he wrote and recorded his saxophone quartet CARILLON (2013) and his most recent project BIRD BUZZ (2017) of which the release was part of the doctoral defense.

As a member of the jazz faculty of Codarts University of the Arts in Rotterdam, De Graaf is nowadays a coach of master ensembles and master research. He is an active endorser and international clinician for Rico Reeds. 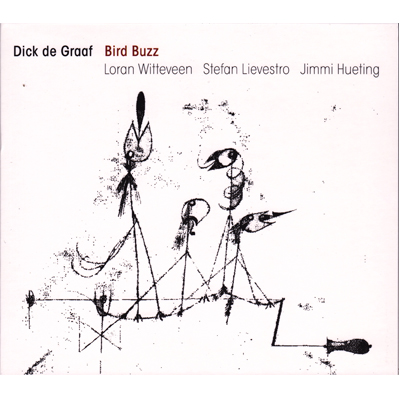 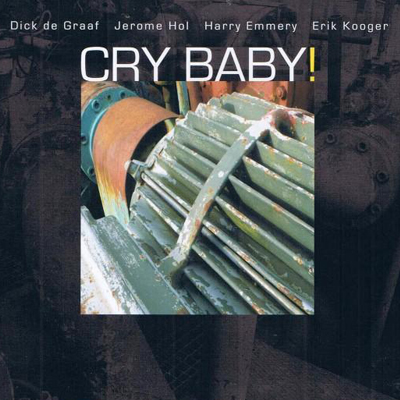 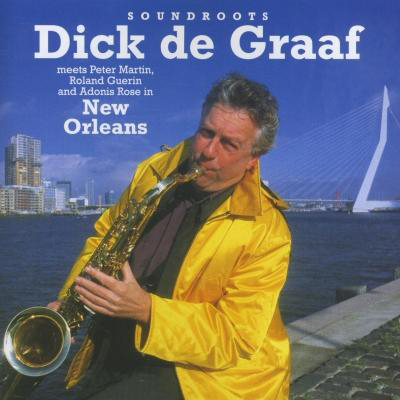 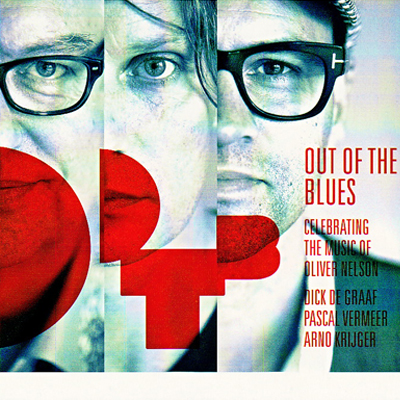 Out of the blues

The press about Bird Buzz